Share a memory
Obituary & Services
Tribute Wall
Read more about the life story of Joan and share your memory.

After a long and full life, Joan Essick Woloson, 85, of West Elmira, NY, died on January 11th, 2023, at Seneca View Skilled Nursing Facility in Montour Falls. She was predeceased by her father, Frank Clinton Essick; and her mother, Mildred Stevens Essick. She is survived by her son, Atty. Blake K. Woloson (Melissa Kerr) of Fredericksburg, VA; her daughter, Prof. Wendy A. Woloson (David Miller) of Philadelphia, PA. Joan was born in Burlington, VT, on August 3rd, 1937. Her parents lived in Washington, DC, during World War II where her mother Mildred taught home economics, and her father Frank worked with the U.S. Department of Agriculture, and eventually for the War Finance Division. High points of this era include helping her mother organize ration stamps for the war effort and meeting Fala, FDR’s Scottie dog, one day in an elevator. After the war, the family relocated to Elmira, where they remained active in professional and community organizations. Her father traveled extensively throughout New York State representing a non-partisan taxpayers’ group. Her mother worked for the Cornell Extension service which included conducting fieldwork for a ground-breaking study on voting patterns and access. She was recognized around the region for her service as an active volunteer for organizations such as RSVP, Meals on Wheels, and the Zonta Club. Joan went to high school at Elmira Free Academy. Her friends often visited her and hung out in the family’s converted garage, “Joan’s Joint.” Fond of that time – class of ’55! – She later served on the EFA reunion committee for several years. After graduation, Joan attended Mary Washington College, then an all-female school in Fredericksburg, VA, where she earned a bachelor’s degree in 1959. Throughout her life, she remained a dedicated alumnus of MWC. In addition to returning for reunions, she donated her collection of original Peter Max artwork to its art gallery and protested the school’s transition to a co-educational system. When she returned to the area after college, Joan earned a Master’s Degree in Education from Elmira College, and in 1965 began teaching in the Horseheads School District, joining other upstart teachers in the “Annex.” Throughout the course of her accomplished career of over 30 years, including an extended term of substitute teaching after her retirement, “Mrs. Woloson” left a mark on thousands of students, whether they had her for homeroom, learned how to diagram sentences in her English classes, or were subject to her stern supervision during detention. Fighting the administration for equality, she was the first female teacher to wear pants – a denim pantsuit – at school. A tireless supporter of teachers’ rights, Joan helped organize union activities and could frequently be seen leading the picket line. Joan’s life-long love of the arts inspired her to collect paintings, prints, and sculptures from around the world. Passionately involved in the local arts scene, she volunteered at the Arnot Art Museum for many years and collected works from several regional artists. People loved Joan, a proud Leo who radiated positivity. She was an empathetic listener and did not judge. Her favorite movie was A Christmas Story. She drove her convertible car too fast with the top down, even in the winter. In the summers, she practiced clothing-optional sunbathing on her deck. She was never far from a crossword puzzle (completing them in pen) or a game of solitaire. She was devoted to dogs her entire life, including the bloodhound who got arrested, the springer spaniel who ate rocks, and the sheepdog mix who suffered from dementia. Although she hated to cook, everyone looked forward to her Southern Comfort Bundt cake at the holidays; she also made the best grilled cheese sandwich. In addition to her children, who were incredibly lucky to have such a mother, Joan is survived – and will be missed – by many others who loved her, including countless friends from her high school, college, teaching, and retirement days. We hope they continue to hold her in their hearts and live according to her generous and effervescent spirit. People who wish to honor Joan can send donations in her memory to the Chemung County SPCA, 2435, St. Rte. 352, Elmira, NY 14903-7933. A celebration of her extraordinary life will be held later this year when the days are warmer and the sun is shining. ARRANGEMENTS BY BAKER FAMILY FUNERAL HOME www.bakerfamilyfuneralhome.com

To send flowers to the family or plant a tree in memory of Joan Essick Woloson, please visit our floral store. 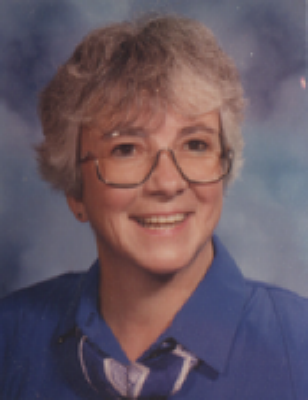 Look inside to read what others
have shared
Family and friends are coming together online to create a special keepsake. Every memory left on the online obituary will be automatically included in the book.

Look inside to read what others have shared

Family and friends are coming together online to create a special keepsake. Every memory left on the online obituary will be automatically included in the book.

You can still show your support by sending flowers directly to the family, or by planting a memorial tree in the memory of Joan Essick Woloson
SHARE OBITUARY
© 2023 Baker Family Funeral Home. All Rights Reserved. Funeral Home website by CFS & TA | Terms of Use | Privacy Policy | Accessibility